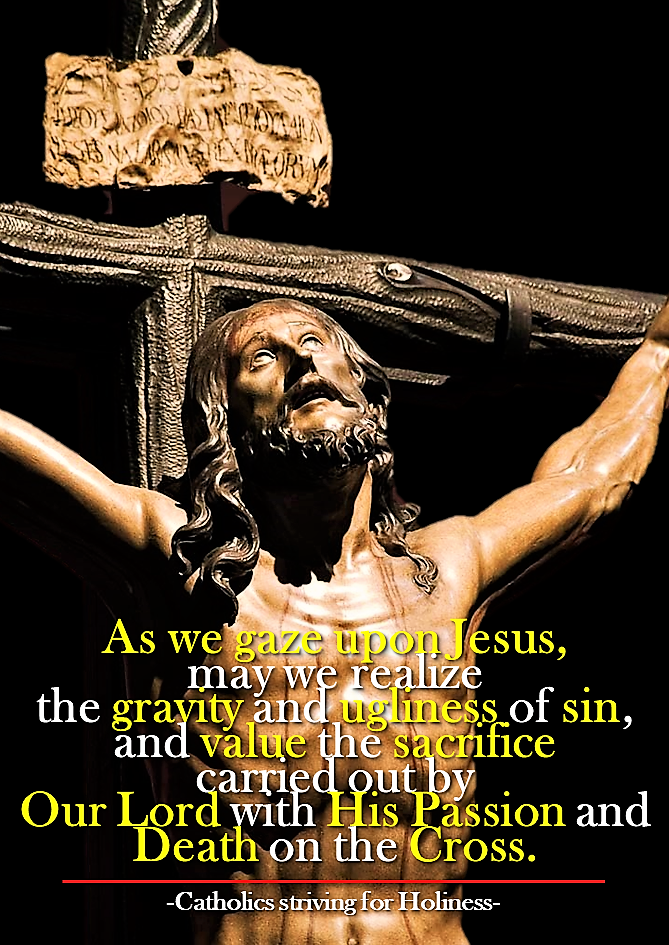 391. What does the acceptance of God’s mercy require from us?

It requires that we admit our faults and repent of our sins. God himself by his Word and his Spirit lays bare our sins and gives us the truth of conscience and the hope of forgiveness.

Sin is “a word, an act, or a desire contrary to the eternal Law” (Saint Augustine). It is an offense against God in disobedience to his love. It wounds human nature and injures human solidarity. Christ in his passion fully revealed the seriousness of sin and overcame it with his mercy.

There are a great many kinds of sins. They can be distinguished according to their object or according to the virtues or commandments which they violate. They can directly concern God, neighbor, or ourselves. They can also be divided into sins of thought, of word, of deed, or of omission.

394. How are sins distinguished according to their gravity?

A distinction is made between mortal and venial sin.

One commits a mortal sin when there are simultaneously present: grave matter, full knowledge, and deliberate consent. This sin destroys charity in us, deprives us of sanctifying grace, and, if unrepented, leads us to the eternal death of hell. It can be forgiven in the ordinary way by means of the sacraments of Baptism and of Penance or Reconciliation.

One commits a venial sin, which is essentially different from a mortal sin, when the matter involved is less serious or, even if it is grave, when full knowledge or complete consent are absent. Venial sin does not break the covenant with God but it weakens charity and manifests a disordered affection for created goods. It impedes the progress of a soul in the exercise of the virtues and in the practice of moral good. It merits temporal punishment which purifies.

397. How does sin proliferate?

Sin creates a proclivity to sin ; it engenders vice by repetition of the same acts.

Vices are the opposite of virtues. They are perverse habits which darken the conscience and incline one to evil. The vices can be linked to the seven, so-called, capital sins which are: pride, avarice, envy, anger, lust, gluttony, and sloth or acedia.

399. Do we have any responsibility for sins committed by others?

We do have such a responsibility when we culpably cooperate with them.

Structures of sin are social situations or institutions that are contrary to the divine law. They are the expression and effect of personal sins.