Lenten Readings: ST. LEO THE GREAT ON THE TRANSFIGURATION OF OUR LORD Lenten Readings
THE LAW WAS GIVEN THROUGH MOSES, GRACE AND TRUTH CAME THROUGH JESUS CHRIST (St. LEO THE GREAT).

The Lord reveals his glory in the presence of chosen witnesses. His body is like that of the rest of mankind, but he makes it shine with such splendour that his face becomes like the sun in glory, and his garments as white as snow.

The great reason for this transfiguration was to remove the scandal of the cross from the hearts of his disciples, and to prevent the humiliation of his voluntary suffering from disturbing the faith of those who had witnessed the surpassing glory that lay concealed.

With no less forethought he was also providing a firm foundation for the hope of holy Church. The whole body of Christ was to understand the kind of transformation that it would receive as his gift: the members of that body were to look forward to a share in that glory which first blazed out in Christ their head.

The Lord had himself spoken of this when he foretold the splendour of his coming: Then the just will shine like the sun in the kingdom of their Father. Saint Paul the apostle bore witness to this same truth when he said: I consider that the sufferings of the present time are not to be compared to the future glory that is to be revealed in us. In another place he says: You are dead, and your life is hidden with Christ in God. When Christ, your life, is revealed, then you also will be revealed with him in glory.

This marvel of the transfiguration contains another lesson for the apostles, to strengthen them and lead them into the fullness of knowledge. Moses and Elijah, the law and the prophets, appeared with the Lord in conversation with him. This was in order to fulfil exactly, through the presence of these five men, the text which says: Before two or three witnesses every word is ratified. What word could be more firmly established, more securely based, than the word which is proclaimed by the trumpets of both old and new testaments, sounding in harmony, and by the utterances of ancient prophecy and the teaching of the Gospel, in full agreement with each other?

The writings of the two testaments support each other. The radiance of the transfiguration reveals clearly and unmistakably the one who had been promised by signs foretelling him under the veils of mystery. As Saint John says: The law was given through Moses, grace and truth came through Jesus Christ. In him the promise made through the shadows of prophecy stands revealed, along with the full meaning of the precepts of the law. He is the one who teaches the truth of the prophecy through his presence, and makes obedience to the commandments possible through grace.

In the preaching of the holy Gospel all should receive a strengthening of their faith. No one should be ashamed of the cross of Christ, through which the world has been redeemed.

No one should fear to suffer for the sake of justice; no one should lose confidence in the reward that has been promised. The way to rest is through toil, the way to life is through death. Christ has taken on himself the whole weakness of our lowly human nature. If then we are steadfast in our faith in him and in our love for him, we win the victory that he has won, we receive what he has promised.

When it comes to obeying the commandments or enduring adversity, the words uttered by the Father should always echo in our ears: This is my Son, the beloved, in whom I am well pleased; listen to him.

℟. You have come to Jesus, the mediator who brings a new covenant. Make sure that you never refuse to listen when he speaks.* The people who refused to listen to him on earth could not escape their punishment: then how can we escape if we turn away from his voice that warns us from heaven?

℣. O that today you would listen to his voice: harden not your hearts.* The people who refused to listen to him on earth could not escape their punishment: then how can we escape if we turn away from his voice that warns us from heaven?

God our Father,
you bid us listen to your Son, the well-beloved.
Nourish our hearts on your word,
purify the eyes of our mind,
and fill us with joy at the vision of your glory.
Through our Lord Jesus Christ, your Son,
who lives and reigns with you in the unity of the Holy Spirit,
one God, for ever and ever.
Amen. 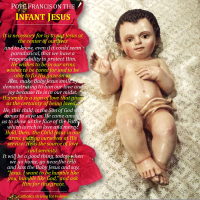