WHO SAYS GOD DOESN’T CALL CELEBRITIES TO CONSECRATED LIFE?
3 Beautiful Celebrities Who Gave it All Up to God to Become Nuns

Dear friends, I felt grateful to God when I came across this article, thanking Him and the numerous people who have given themselves generously to God’s call to consecrated life, thus giving an excellent example and testimony of detachment and total self-giving to God’s will over and above the worldly wealth, honor, pleasures and comfort of this earthly life for a higher good:
God’s glory and the good of all souls.

Let us pray so that many men and women – celebrities or not 😀 −  affirmatively respond to God’s call, whatever it may be, but since we are celebrating the Year of the Consecrated Life in the Church, let us ask God to send us holy, generous and persevering vocations, men and women alike, to consecrated life.

Below is an article taken from http://www.churchpop.com which I hope would encourage all women and men to embark on a divine adventure of responding generously to the vocation God is calling them.

3 BEAUTIFUL CELEBRITIES WHO GAVE IT ALL UP TO BECOME NUNS

We all know the answer, even if we don’t always live like we know it: not at all. All of these things come up short. There is only one thing – or one person, to be more exact – that can make us happy, and that’s Our Lord Jesus Christ.

This is the only way to understand what the three women described below decided to do. Even in the midst of worldly success, they gave it all up to pursue Christ in a more focused way in the religious life.

Of course, one can follow after Jesus without joining a religious order. Some of us are called to go into business, to work in the entertainment industry, and have families, etc. But some are called to the radical religious life – and they remind us of what’s really the most important. 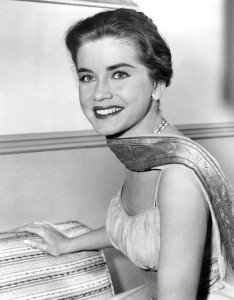 Born with the name Dolores Hicks in 1938, Dolores took the stage name Dolores Hart when she started her acting career as a young woman. And that career took off pretty fast! At the age of 18 she landed a part playing Elvis Presley’s love interest in the 1957 movie Loving You. Famously, she gave Elvis his first on-screen kiss in that role. She had important parts in 9 more films over the next 5 years, playing opposite Stephen Boyd, Montgomery Clift, George Hamilton and Robert Wagner. She got engaged to be married, and had her pick of roles.

Then, suddenly, at the age of 24, engaged to be married and a rising Hollywood star, she announced she was leaving it all to become a nun. She later explained that she had a turning point while filming Francis of Assisi, in which she played St. Clare of Assisi. She met Pope St. John XXIII in Italy during the filming, and when she introduced herself, “I am Dolores Hart, the actress playing Clare,” he responded, “No, you are St. Clare of Assisi!”

Her fans and friends were in shock, angry even, when they heard the news. “Even my best friend,” Hart recalled years later, “who was a priest, Fr. Doody, said, ‘You’re crazy. This is absolutely insane to do this.’” One friend wrote her angry letters for years after she joined the convent, trying to to talk her out of “throwing her life away.”

“If you heard what I hear,” she told her friend, “you would come, too.” 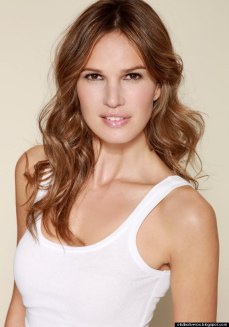 Olalla Oliveros was a successful Spanish model, starring in movies and advertisements throughout the country and the world.

Then she visited Fatima, Portugal, site of the famous Marian apparition to three children there in 1917, and had what she later described as an “earthquake experience.” She says she received in her mind the image of herself dressed as nun, something she said she initially found absurd.

But she couldn’t shake the image. She eventually concluded that Jesus was calling her to give up her glamorous life and become a nun.

“The Lord is never wrong,” she said. “He asked if I will follow him, and I could not refuse.”

She is now a member of the semi-cloistered Order of Saint Michael. 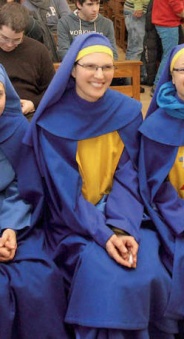 Amada Rosa Pérez was one of Colombia’s most successful models before she disappeared from the public eye ten years ago. Then, five years ago, she re-emerged to explain her absence: she had had a religious conversion and was working with a Marian religious community (though she had not become a nun).

At the height of her career, she was diagnosed with a disease that made her lose part of her hearing. The diagnosis led her to question her lifestyle, saying, “I felt disappointed, unsatisfied, directionless, submerged in fleeting pleasures… I always sought answers and the world never gave them to me.”

Now, she regularly goes to Mass, goes to Confession, prays the Rosary, and prays the Divine Mercy Chaplet. “Before I was always in a hurry, stressed out, and got upset easily,” she explained. “Now I live in peace, the world doesn’t appeal to me, I enjoy every moment the Lord gives me.”

She also has re-evaluated what it really means to be a “model”: “Being a model means being a benchmark, someone whose beliefs are worthy of being imitated, and I grew tired of being a model of superficiality. I grew tired of a world of lies, appearances, falsity, hypocrisy and deception, a society full of anti-values that exalts violence, adultery, drugs, alcohol, fighting, and a world that exalts riches, pleasure, sexual immorality and fraud.

“I want to be a model that promotes the true dignity of women and not their being used for commercial purposes.”